I spent years trying to hide how young I was. Whenever I would attempt to make friends with other moms at the preschool, I would try like mad to avoid the conversations about high school and college days and the year everyone got married. I’m not dumb (and neither were they) they knew I was younger. I just didn’t want to get into how much younger.

There is so much shame in teenage pregnancy. I’m not saying that it’s something to aspire to, but it’s been close to 18 years and the shame I felt all those years ago burns almost as hot even today. I am not ashamed of the beautiful family that I am blessed with, but when I read this article that Kelly shared last week it brought up some very real anger and some pretty intense shame that I didn’t know still hung around. It’s been four days, and I’m still stewing about it.

I was 18 years old when I got pregnant. As teenage pregnancy statistics go, I guess I was on the older side of things. I have always been grateful that I was, at least, out of high school but I hate admitting that I am a college dropout.

A lot of you know my story. I even stood on a stage last year and read a letter that I wrote to 19 year old me. I thought I exorcised some of those demons. Yet an article about teenage pregnancy shame has sent me into some pretty deep feels.

I’m still really fucking angry and I really hate that I am.

I have spent so much of my life worrying that I’m going to hurt someone’s feelings if I told the truth and said how I really feel. I have stopped myself from telling so many stories, because it might make someone feel bad. But at the end of the day, who made sure that my feelings weren’t hurt? Who made sure that I didn’t feel bad?

I am still angry that the religious institution that I put so much faith in abandoned me and made me feel like such a fuck-up. I am angry that I lost so many friends because I all of a sudden became the example of what not to do. I am angry that people tried to get me to put my baby up for adoption. I am angry that all the anger and judgment and shame gets placed on the teenage mom. I am angry that I have no happy memories of my wedding day because almost every single person in attendance was against us getting married. I am angry that I still feel the need to joke that “we did things backwards” even today as I meet new people because there is still so much shame in being a teenage mom – even though I’m not a teenager anymore. I’m mad that I can’t read an article on teenage pregnancy without feeling like I want to throw up.

I’ve buried my anger deep inside of me for many, many years. I have this beautiful family. I know how lucky I am. But I’ve spent so many years believing that I’m not allowed to be angry because my life has been so blessed.

Instead of dealing with my anger, I’ve let it fester into a horrible wound that has never healed. As cathartic as it was to tell my story, I censored all the anger because I had built too many walls and it would’ve been too much work to break them down. And, of course, I put everyone else’s feelings before my own.

But you know what? I can be angry and grateful at the same time. I can sit here and let some of those demons fly knowing full well that I would do it all over again because my family is worth it. They are amazing and wonderful but it’s okay if I tell you how hard I’ve worked or how much I have sacrificed to make that happen. There has not been one bit of this that has been easy.

But I’ve given way too much power to the shame of it all. I wasn’t promiscuous. I’m not tarnished goods. And if you would like to talk about the “problem child” I’ve brought into this world be prepared for me to tell you about her straight A’s and Stanford dreams and her kickass little sister that rocks our world. I’m not sorry for any of that. 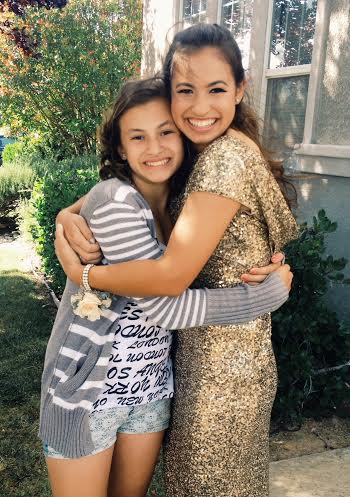 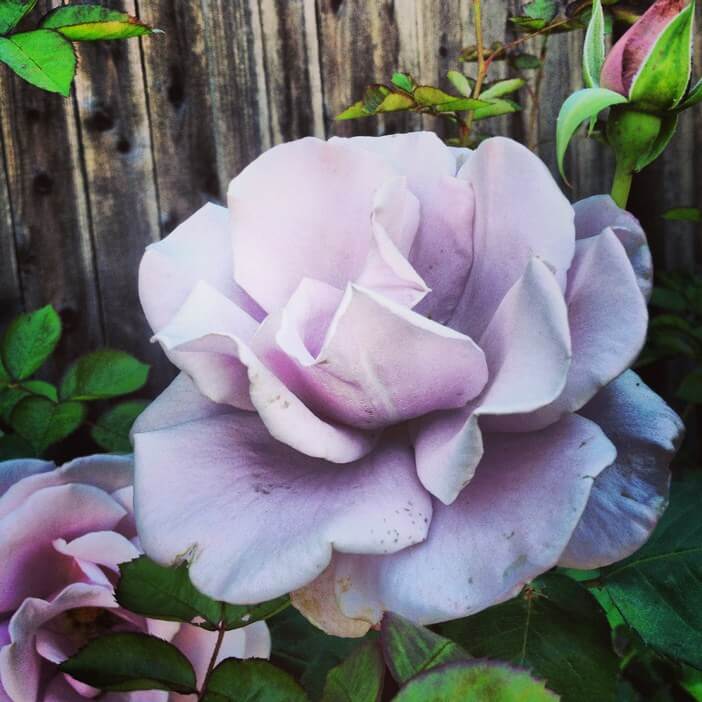 I had visited your family the day I found out and had said nothing. I’m pretty sure we watched Bed of Roses so it was easy to keep quiet. Your mom knew something was up. I wasn’t myself. But I couldn’t say the words. Not yet. My parents had just found out earlier that day and I didn’t think I could handle telling you, too. I’m sure that I couldn’t have.

The next day, events as they were, I knew I needed to talk to you. I needed you to know from me. And you were one of the few people I told myself in those first days.

I have often wondered what you thought. I think I asked if you could come over after church. We ended up sitting on my parents’ bed. Probably so that my younger siblings wouldn’t bug us. I have no recollection of the words that I used, but somehow I told you that I was pregnant.

We were eighteen. And our two closest friends were away at school two states away. It occurs to me now that you stood in for both of them that day. You were my three closest friends in the whole world right there in that moment. And you were everything I needed my friends to be. You saved me. And you loved me…just as you always had.

But you saved me.

There was no judgment. No pity or anger or disappointment. And in a time where that’s all I seemed to get, you were the part of my memories that I held on to when my world kept crashing down over and over again.

Beezus shares your middle name because it’s the only name it could ever be. And she knows how her name came to hers. I honestly think it makes her proud.

And even though you knew that part of the story, and I know you know how much I love you, I wonder if you really know what you did for me all those years ago.

I don’t know why it took me so long to tell this part of my story. Maybe it just wasn’t the right time. Maybe I just had to tell the other stories first. I don’t know.

But you saved me.