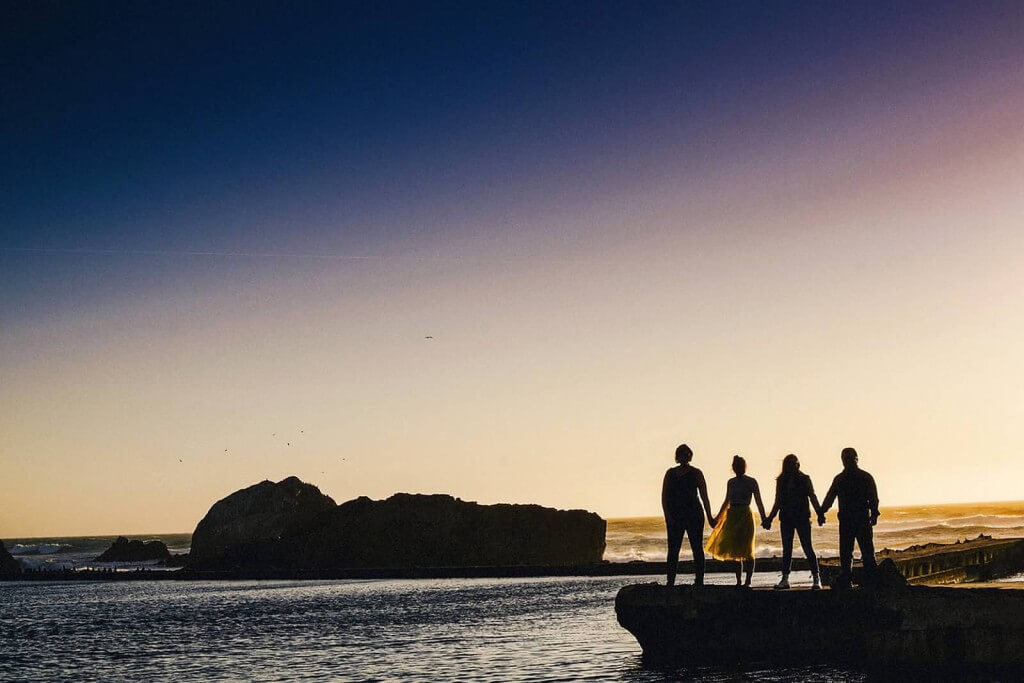 My kitchen table is covered in crown making materials for their senior rally tomorrow. I’m not entirely positive that I’m NOT high from all the spray paint smells. I honestly can’t be sure at this point. Mostly because I’m already so, so tired.

We’re also watching Mr & Mrs Smith. Because that’s what you do when you’re up all night working on senior crowns.

I’ve spent so much time looking at pictures from the past couple months, thanks to Sarah. Besides (AMAZING) senior portraits, she’s also managed to capture some of THE BEST moments of the end of Beezus’ senior year. I love scrolling through them. Basically, that’s all I’ve done for the past few months.

Okay, not ALL that I’ve done. 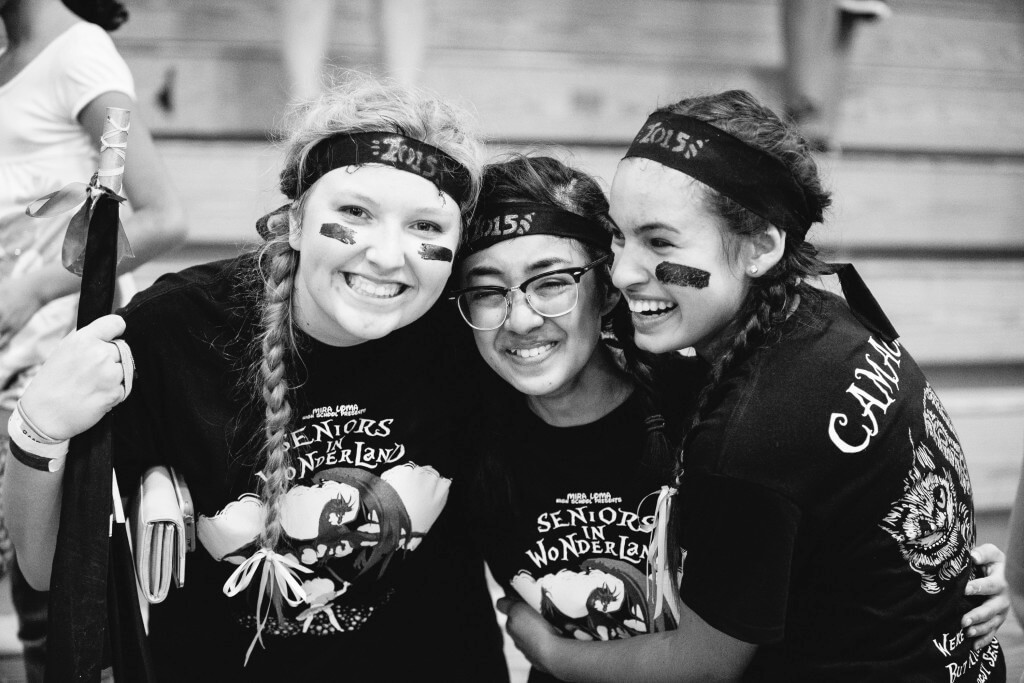 I just really love these goofs.

And I’m just kinda gonna miss all of the things. 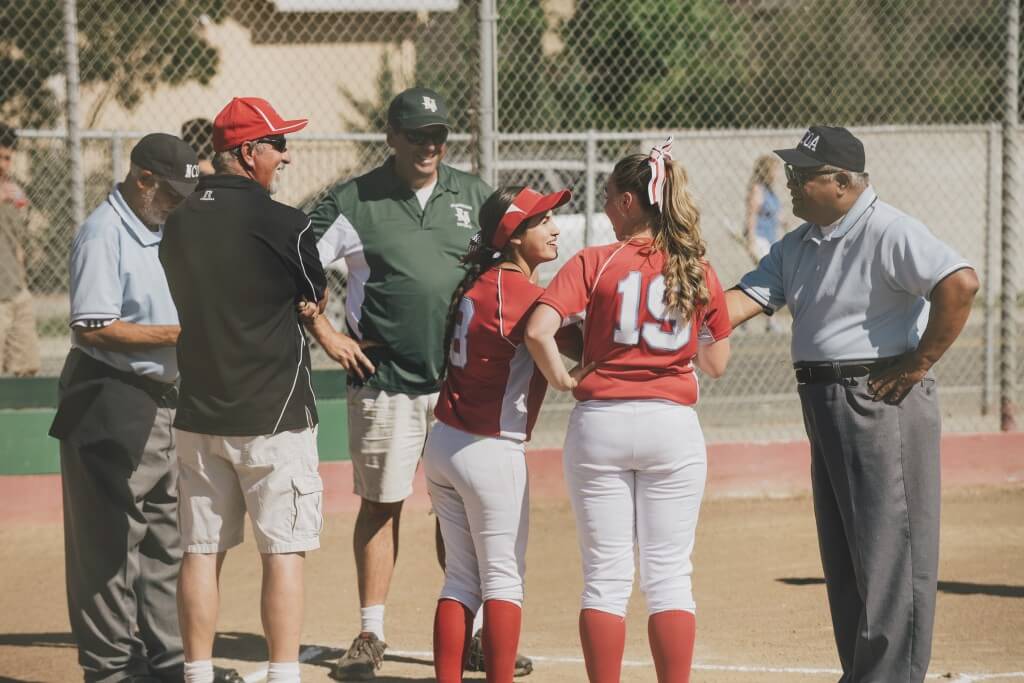 We all know that Sarah is a genius, but I don’t think anyone will ever understand how much I love these pictures. Like, I’m super close to being SUPER dramatic about all of it and telling you how they made my life. MADE. MY. LIFE. But I’m not going to do that. Yet.

Even though you all would agree with me. Because come ON with these. 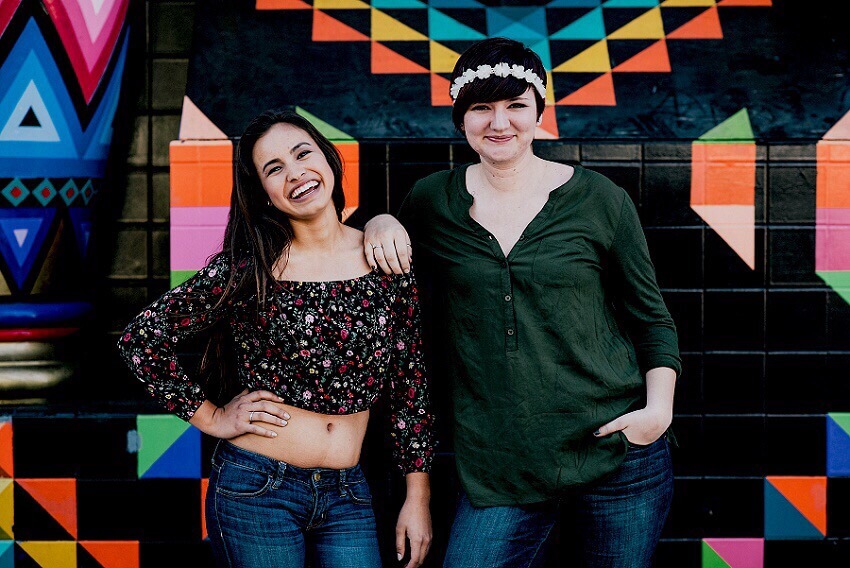 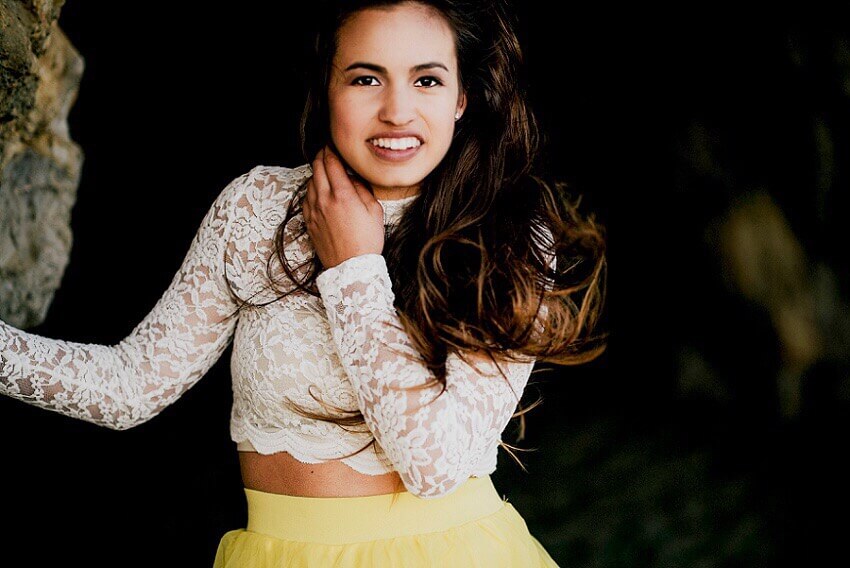 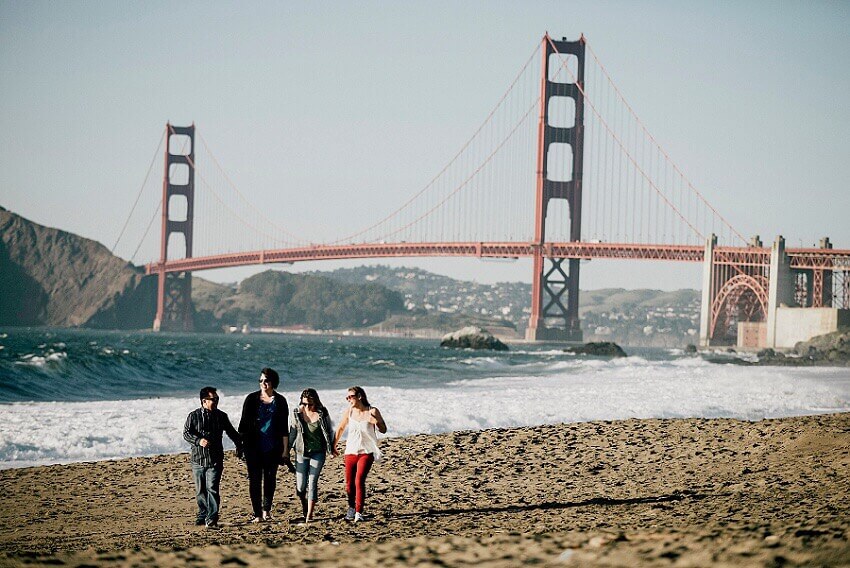 By THAT PERSON I mean completely awesome and rad. Because LOOK.

I think this one will be OBNOXIOUSLY huge in my front room. Because YES.
But it was this one that stopped me in my tracks. Because these are my babies who aren’t babies. This is a beautiful GORGEOUS picture of my daughters that is so them in some way. The essence? Of them? I CAN’T BELIEVE I JUST SAID THAT EITHER. It’s 1 in the morning and there are still so many crowns to be made for tomorrow. We just made a midnight run to In n Out, and I already have too many regrets to count.

I’m also legitimately worried about all that they have to do. But not worried enough that I’ve offered to help. I mean, besides driving to In n Out. But…helping? Ugh. Naw.

(I’ll probably help for a minute. I’m a such a sucker.) I actually starting writing about our trip on the drive home. I’m not entirely sure why I didn’t finish, but it is what it is. I know a lot of it has to do with feeling like I’m a broken record. I just imagine what everyone must think every time graduation and college comes up. It sounds a lot like “shut up already” I’m sure.

Eh. Again…it is what it is.

But this trip to SLO. Most of you have heard me mention how good this trip was. Visiting the campus, the community…seeing my kid make some new friends and experiencing new things with other (new) students with the same focus and major. Getting a better idea of where she’ll be living for the next few years. Exploring. She stayed one night in the dorms for a special open house event.

While she did that, The Dude and I explored the surrounding area. Only 15 minutes to the beach and Pismo. Wineries close by for when we visit. The Farmer’s Market. Really seeing how good this will all be for her and how much fun she’s going to have.

It was everything I needed Open House to be.

Gawd, she’s going to have the best time. I have no effing clue how I’m ever going to say goodbye to that kid in the fall. But getting just a taste of the amazing campus and community life and her immediately loving it helps so damn much. Cal Poly won’t ever be the same after she comes to town. How could it?

She leaves an indelible mark wherever she goes.

In the best possible way. There’s a tradition for graduating seniors at the end of the season: jars are filled with the dirt or grass (or both) from the spot on the field where they played. So this is the dirt from the spot between second base and third base where my kid played shortstop for the past four years. Varsity all four years, team captain, All League…all of this, and more, while completing a full IB diploma, managing a student team in a nationally recognized environmental creek project and maintaining a 4.4 GPA…that’s some damn meaningful dirt in a mason jar.

I didn’t cry during senior night or prom but hand my kid a jar of dirt (and say a bunch of nice things about how rad she is) during the end of season party tonight and I can no longer make such bold statements. Turns out there IS crying in baseball. I mean softball. (I’m so proud of you, kiddo. <3) “Life is a balance of holding on and letting go.” ~ Rumi

We were just on the phone with my uncle to plan a camping trip for the summer. We chatted about the college process, catching him up with the latest news and updates. We still don’t know very much (man, they make you wait) but we told him what we did know. He talked about his experience with his kids. It’s so different now, but was still quite the ordeal back then.

When his youngest, my cousin and his only daughter, was making big college decisions, he wrote her poem. How he has it handy, I don’t know but he read it to The Dude and I over the phone tonight.

It gutted me. He finished reading it and I had to walk out of the room.

I hate talking about this without being able to share the poem, but it’s not mine to share.

During a phone call to plan camping trips, I wasn’t expecting to be completely ruined by a poem. It came out of nowhere and punched me in all of the feels.

I keep thinking that I’m doing better with all of this. I actually have excited and happy thoughts about her college experience and decisions. I’m fine! All is well! Until I go to a basketball game on senior night and realize that I’ll have to go to my own senior’s night in a few months for softball. Or my uncle reading a poem about kids leaving home and I’m completely and totally destroyed. I don’t want to be an annoying person who can’t move past things. I expect eye-rolling and “holy crap get over yourself” and don’t worry, I’m totally saying those things to myself, too.

But every once in awhile, the punches to the gut knock the wind out of me. I’ll be back to normal tomorrow. But if you don’t mind, I’m going to take a break from poetry for awhile.

I can’t figure out how to fix my mobile site after I broke all the things last month. I am just that good at breaking things. Sadly, breaking things isn’t something most of us can put on our resumes. Unless you break shit for a living and, maybe, I should look into a job like that.

So…yeah. I’m trying to fix the things that are broken on this website.

Until then, hopefully you’ll still stop by every now and then on your regular old computer. Which is probably the internet equivalent of me sending you a typed letter via owl. But whatever. We can’t ALL be super good at all the things, you guys.

Besides breaking things. Of course.

Seventh grade and senior years are going really well so far. These kids of mine seem to have a shitton of homework at all times and I almost feel bad for them. Mostly, I feel bad for me because homework all the time means I need to be a responsible parent and not let them watch tv or hang out with friends all the time. It also means that every so often, The Dude and I get roped into projects and other things that make our brains hurt a lot. Especially when you add that to all the other crap that senior year brings. College nights and applications and a bunch of little things that make us feel like we’re doing most things way too late or totally wrong and, sometimes, a little bit right.

I know this is ridiculous, but I’m legit proud of how well I’ve been holding up the first month or so of senior year. I’m not saying I should win any awards for stalwart mothering, but I haven’t completely lost it. Not even once. Not even when these arrived in the mail. The Dude has had a couple of moments that nearly broke my pretend stoic behavior. Like when I texted him pictures during her yearbook/senior portrait session and his response nearly knocked the wind out of me. He’s not usually the one who is blasted by this kind of thing. I took a turn acting like I was completely fine with all of it.

I try not to do it very often, but there are times when I can’t help but wonder what this time next year will look like. It’s weird to think about only one of our kids living at home. I know we’ll be fine, but do you get used to that? Is it weird to let the dog have her room once she leaves?

I’m not going to let the dog have her room. Probably.

Deadlines for early applications are right around the corner. There is so (SO!) much to do and get ready for, I feel like I’m going to blink and it will be Christmas and we’ll know (for better or for worse) if she got accepted or if we pick up and start applying to her plan B and C and D schools. More than anything, it’s just really weird that this is our life right now. Awesome, but weird.

I wrote all of that earlier thinking that I would get it all finished and set to post this evening. About an hour ago, I got a text message from that senior in high school from her friend’s house as they build their last homecoming float. She mentioned how much fun she was having but how it was a little sad that this was their last homecoming together. And yeah…I cried all the way home from the grocery store, so all those things that I wrote about me being okay is sort of a lie. Well, it’s less true than it was before an hour ago anyway.

But I’m going to be fine. Really. I’ll keep saying that until we all believe it.