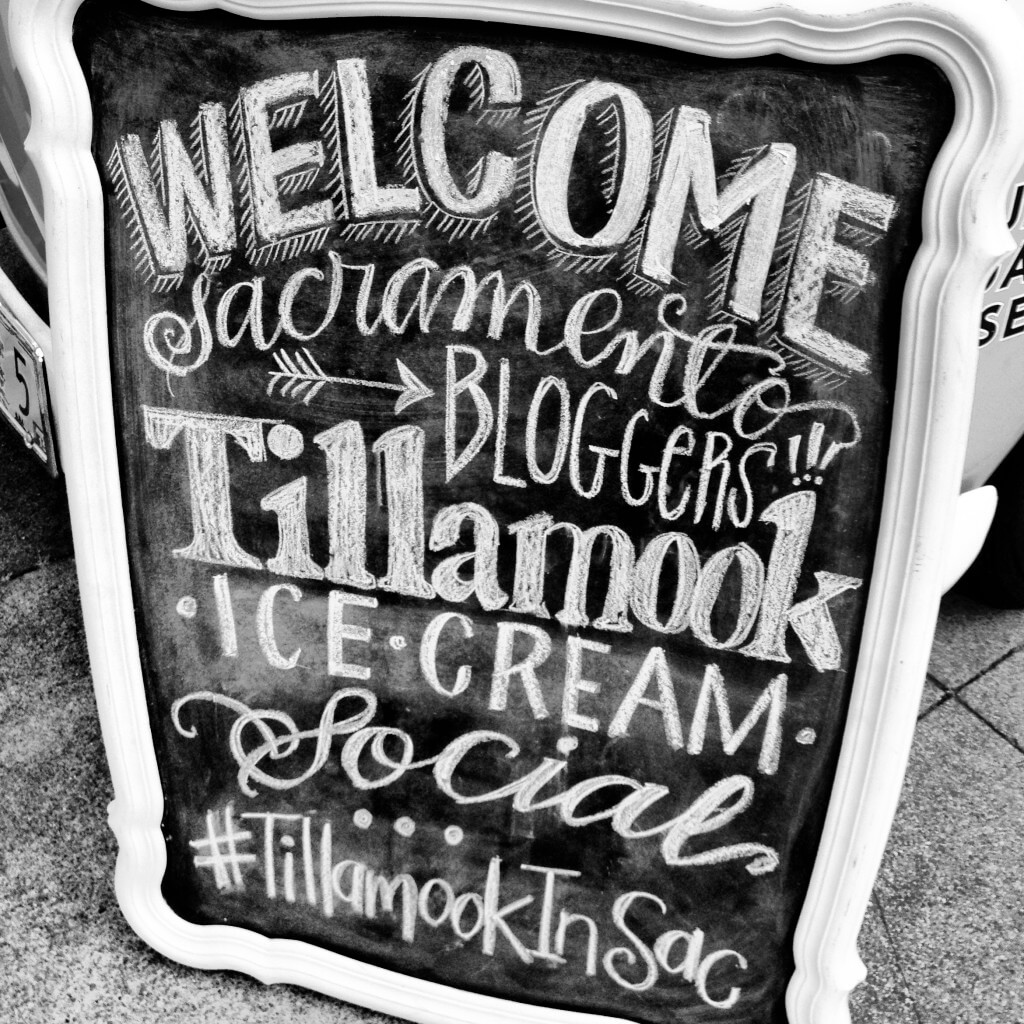 You know what? I get it. Talking about cheese and yogurt and ice cream is, well…I guess it could be kinda odd. Except when it’s not. Like when you sit down with other area bloggers and talk cheese with some of the coolest people in the business. I’m sorry, but that’s when talking about cheese is super, super cool. (Actually, there was very little cheese discussion. It was mostly ice cream talk. Let’s be honest.)

I think. I’m not even sure what I just said.

The lovely and talented Gillian gave us a brilliant overview on how to make social media work for us. Our “Visual Voice” in the internet and social media world and how we can use that to develop our brand and our stories and our visual presence on line. Did I mention she was brilliant?

I’ve made no secret about the fact that I love Tillamook. My family is maybe even more obsessed than I am. (Okay, there’s no maybe…they really are obsessed. And maybe threatened my life if I didn’t bring home yogurt from the event.) But one of the things I love most about Tillamook is the relationship they build with their consumers. I mean, c’mon…they know they they’re a company that makes and sells cheese. (Delicious cheese, of course.) But more than just cheese is the history of dairy farmers and creameries and the commitment to quality they made over 100 years ago. They have always been owned and operated by those that “work the soil” and “milk the cows” and who know the business best. But the community that they have built and nurtured is pretty fantastic. Tillamook doesn’t just care about selling you cheese, they love to be a part of that experience. And, yeah…I keep joking about cheese. But obviously cheese is just the jumping off point.

Because have I mentioned ice cream?

At the end of the evening, we all had a chance to make an amazing ice cream sandwiches out of the delicious Tillamook ice cream. The best “stylized” and best Instagramed picture of the ice cream sandwiches would be chosen. I was a little concerned about my sandwich melting. I took a picture, sure…but found it much more important to eat the darn thing. (I didn’t win. Clearly.) (I didn’t care. Clearly.) 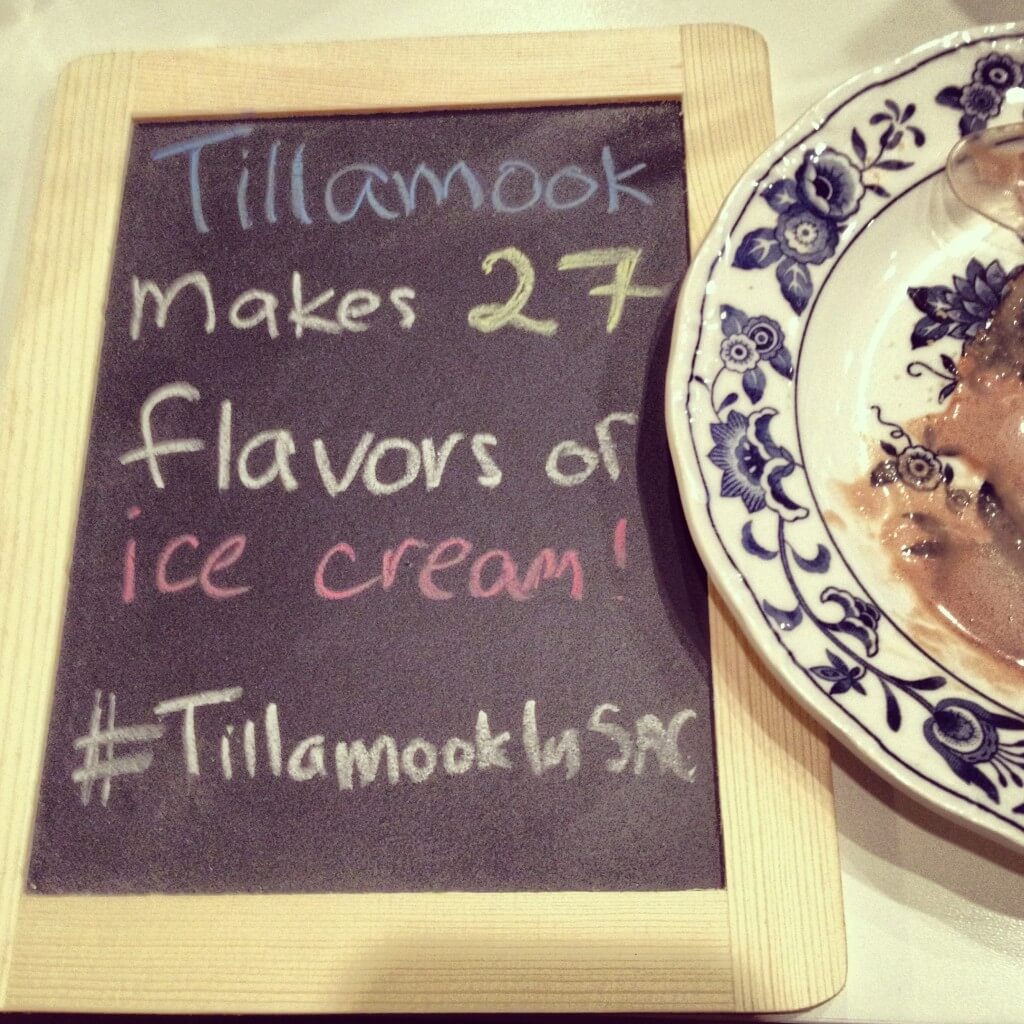 I obviously had a wonderful evening. I got to hang out with some of my favorite people…I learned a lot…I ate way too much ice cream. My kids were so jealous that I got to hang out with Gillian and Katie from Tillamook that I kinda felt bad that I didn’t arrange for my own private ice cream social. Not that my family deserves their own event, but…when your 16 year old kid is so disappointed that she didn’t get to see them she started stalking following them on Instagram in a totally non-scary way? Well, I guess that means you need to admit that your yogurt addiction is worse than you thought.

A huge thank you to Tillamook, SodaPop PR and Sacramento Bloggers!

I started my first blog in 2004. Sarah thought it would be good for me. Maybe she recognized that I had a lot to say but never the guts to actually say it. I think she also knew that I needed a space of my own where my words could be all mine. I needed a space where I could speak my mind and purge all the thoughts that were stuck in my head and stuck in my heart.

For the first time in my life, I realized that I enjoyed telling my story. And, more importantly, that I needed to tell my story. But to be honest, telling my story back then involved A LOT of sarcasm and I lot of sour grapes. It was my story, but it was a very unkind version of my story. I blogged anonymously, so I let loose. I tried to find the humor in most of the hard times I was going through, but it was done with so much snark, I’m really glad that I have since taken those blogs down. They were, at times, the very worst of the person I am. It was irresponsible and often mean, but it was the only way I survived some really difficult parts of my life.

While I have lightly dabbled in the blogging world for a little over a decade, I never hreally made much of it. Blogging was my Free Therapy (I once had a blog with that name) and the place that was only mine. And, as a few more people started reading it and commenting, it was also a form of validation for what I was feeling. Maybe, just maybe, I wasn’t as crazy as these people were making me out to be! (Or, I’m just as crazy, whatever.) I enjoyed the writing process, telling my story and the people I met along the way. But I never really took responsibility for my words. In fact, when it became apparent that too many “real life” people were reading my blog, I took it down. More than once. It was a bit too honest, and I wasn’t careful when writing about real people. And even if their actions had earned those words, they (maybe) deserved the respect of not being blasted on the internet. I also knew that if I was confronted about saying those things, I would probably die of shame right on the spot. As much as setting those words free probably saved me, I wasn’t proud of that person. It wasn’t the person I believed myself to be.

Having said that, I learned more about myself through blogging (and running, really) than I ever thought possible. It gave a voice to feelings I didn’t know that I had. It also gave me the confidence to stand up for and take care of myself. In fact, I no longer needed those mean words that I had written before because I had stopped letting those people walk all over me. And when you find the self-respect that you had been lacking, you will also find that you have a lot more respect for the words that you use to write.

You also have a lot more respect for the story you need to tell.

At the beginning of this year, and with the encouragement from a dear friend, I began taking steps to tell my story and owning my words. I’ve created something here that I’m proud of. This is still my very own space of internet real estate, but I have taken ownership and responsibility for the words that I put here. I can be authentic without being mean. I can tell my version of MY story, not someone else’s. I can be honest without affecting my integrity and the integrity of the story. Not that I will always write the sunshine and rainbows version of my life, I’m just more aware of my words and how I use them.

Sometimes writing takes a person down a road or an idea that wasn’t planned. I absolutely did not set out to write about my blogging history lesson. I wanted to talk about a conference I attended earlier this week and I wanted to share some of that and some of the things I learned. But since I somehow landed here instead, I hope that you might take a look at what Cam wrote. There were some great speakers that morning, but for some reason, I keep coming back to the stories that we all have to tell. 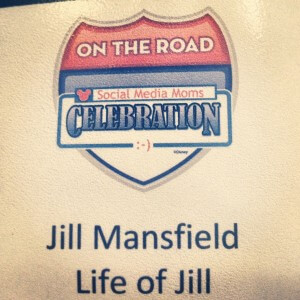 Let’s be honest, Disney is amazing at telling stories. It’s what they do best and it is what started it all. And, I believe, is what keeps so many of us coming back for more. At the Disney Social Media Moms “On the Road” event, Michele Himmelberg brought up the importance of these stories and related it to the bloggers (mostly the mom-kind) that connect so well to the storytelling world because that is a big part of who they/we are.

I found myself being fascinated by the stories that we all have to tell. Disney obviously tells their stories on a MUCH grander scale, but there is still a relatable and real idea behind even the most spectacular of all the stories. But more important than that, I find that this space I have here is allowing me an opportunity to not only share my story and own my words, but also connect with the stories of others. It feels weird to try and relate this blogging journey of mine to Disney and the conference, but it is the reason I even thought about it at all. It made me think about how I tell my stories and how it shapes who I am.

I have no idea why I am compelled to share my words on a blog, but I can’t seem to make myself stop. There is a pull to tell my story. And maybe, at the end of the day, that’s the point.