I made a batch of apple butter this weekend. No one is more surprised than I am that I pulled it off but I have honestly been stepping outside my kitchen comfort zone. Okay, I stepped outside of it TWICE in the past month, but still. APPLE BUTTER WAS MADE. 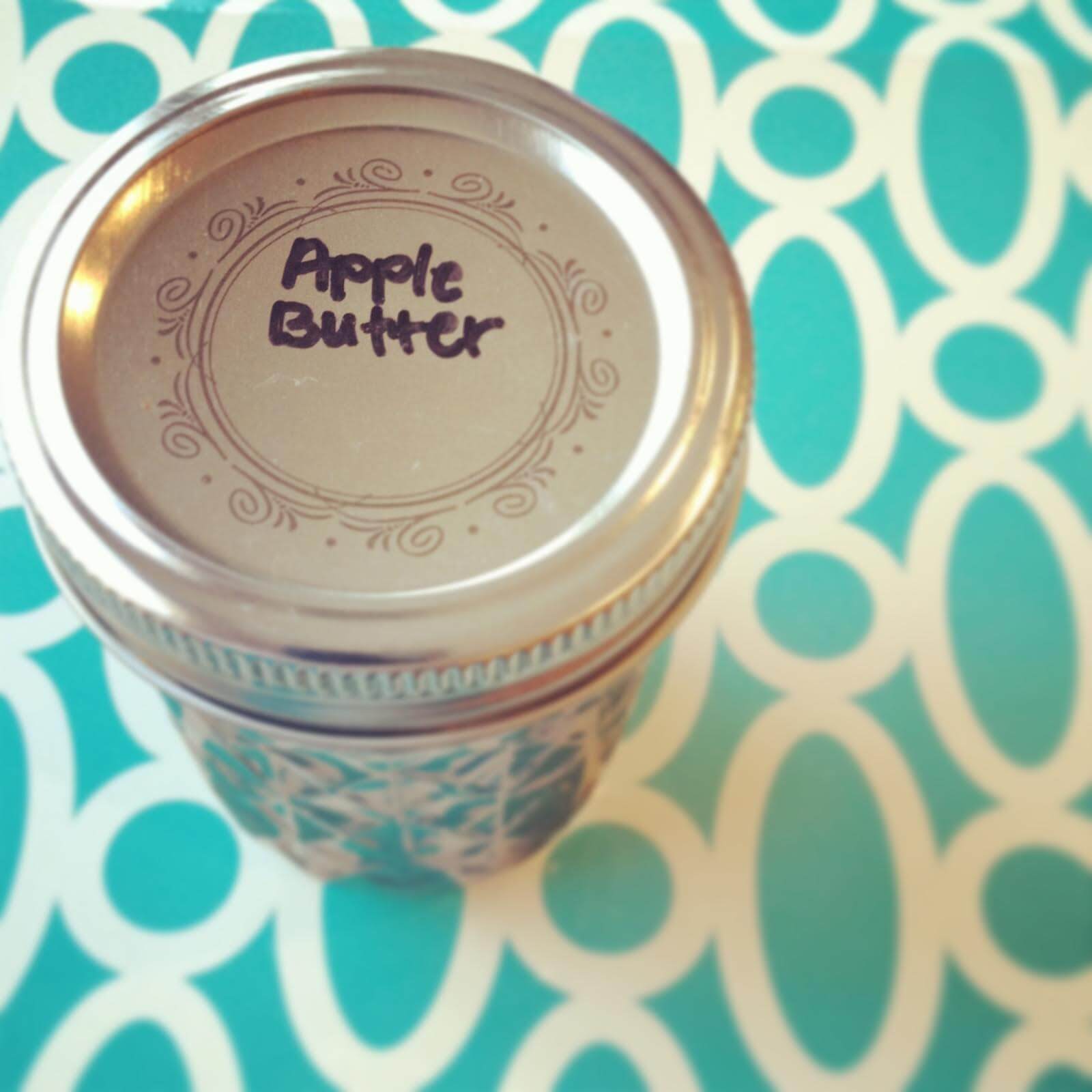 I know that, for some of you, this doesn’t sound like a huge deal. But for me? Well, at some point in the past 10 years, I’ve convinced myself that I’m a terrible cook. I’m not saying I’m chef material, but it was a pretty harsh statement when in reality, I’m just really effing busy. I think that when I added “mother of two” to the list of jobs that I possessed, cooking became a really big chore. I just simply didn’t have time for it. By the time I got home from work…well, cooking loses all it’s fun when you don’t even have time to go to the bathroom by yourself.

Life just got busier and busier. And my time and patience for cooking fell further away. I still had a few things that I could cook well, but that wasn’t very exciting. And then, by fault of me caring too much about what other people thought, I felt very self-conscious about my cooking. I had gone from She Who Doesn’t Have Time to She Who Cannot Boil Water.

(Note: my husband and children have always been very sweet about my cooking. As such, their opinions still matter. Some.)

At some point in the past year, I have found that I enjoy cooking. Not all the time. (I’m still effing busy.) But I have found that I love finding that creative side of me when cooking something up in the kitchen. I have tried to make things that I’ve had in restaurants even if I don’t have a recipe. (I maybe try this more often with adult beverages, but whatever IT’S PRACTICE.) I find a recipe I want to try, but I always tweak it to my taste. And when I started to panic (again) that my grandmother won’t live forever and I still hadn’t figured out how to make her apple butter, well…I finally did it. No, it’s not as good as hers (how could it be) and I didn’t make it like she does, but dammit. I made it. For whatever reason, that’s a taste of my childhood and it was super important to me to know how to make it when it comes time for my gram to…retire her apple butter making skills.

I know. It’s just apple butter. But it represents what can happen when I stop thinking the worst of myself and I get out of my own way. In doing so, I have this special (delicious) memory that I can continue and pass on. It’s a step in the right direction.

Or outside the kitchen comfort zone.